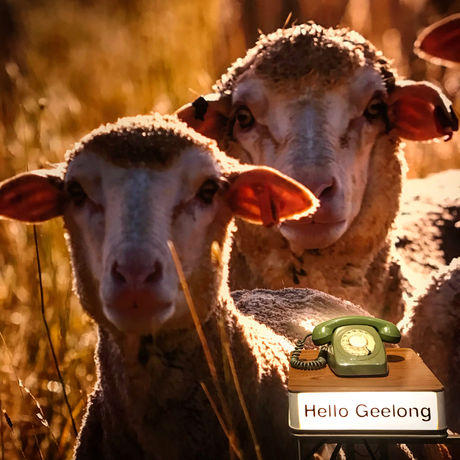 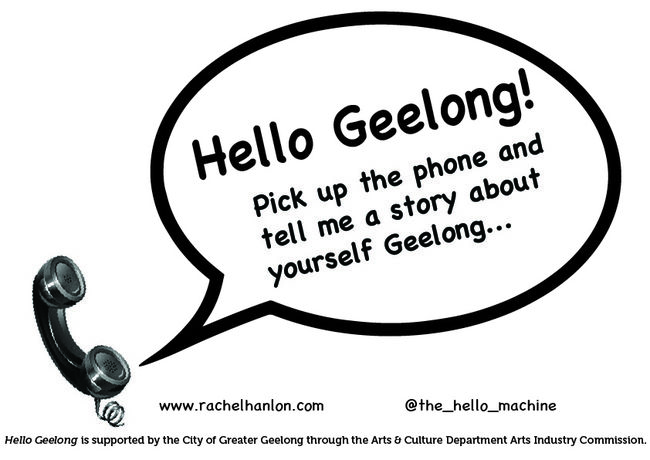 Help weave the stories of your Geelong into an oral collection of her voices. Voices of the past and present for the future.

Make a ‘Local call’ with a Hello Geelong machine to be a part of this tapestry of our cultural identity as a community.

What does it mean to be local? Does it mean having a historical connection to stories from the past? Being of the past?

People are invited to use the Hello Geelong Machine as a way to have their personal memories of Geelong recorded and saved for future generations.

Upon picking up the receiver, participants will talk to an 'Interactive Voice Response Chat bot', who will prompt them with questions about their memories of Geelong. These memories will be added to a repository that will then be accessible through using the 'Hello Geelong' payphone booth, which can be moved within different locations within Greater Geelong.

Participants using the interactive telephone booth will not only be able to hear other users 'memories of Geelong', but also be able to leave their own memories through talking to the same chat bot.

Telephones and telephone booths, have in film and literature, always had the ability to connect us to the concept of sharing distance and time, with the Hello Geelong project, I hope to capture the memories and stories of the people of Geelong, within a shared collective project, that will become a living and breathing archive, nuanced by the actual voices of its storytellers, the people of Geelong.

*The use of a telephone to collect the stories of Geelong is apt, as Geelong has a place in the infancy of telecommunications within Australia. W.J Thomas, a customs inspector from Geelong, using a homemade instrument, linked two houses in his district in late 1877. He later transmitted over a longer distance, between Geelong and Ballarat on the evening of January 9th 1878, and then between Geelong and Queenscliff.

‘Hello Geelong!’ is supported by the City of Greater Geelong through the Arts & Culture Department Arts Industry Commission.